I had a “relaxing” day yesterday with my gatorade while W went hiking with some friends. I must admit, I was a bit jealous to not be able to go. The highlight of my afternoon was going to the grocery store to pick out some new gatorade flavors. My go to drink when I wasn’t feeling well in the past was gatorade but I feel like our relationship is changing! 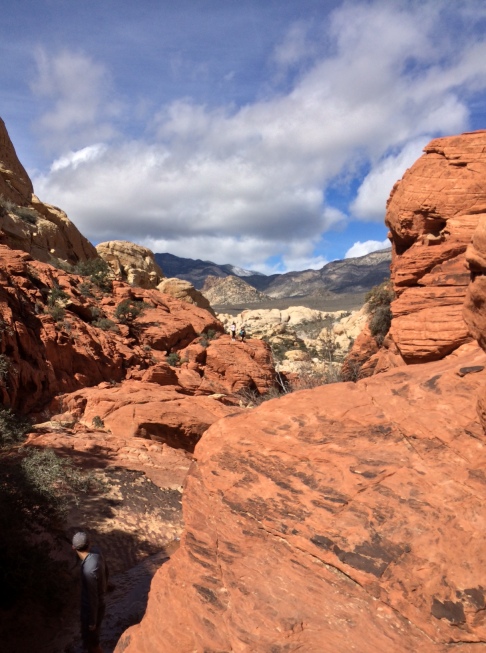 I also snuck out of the house for a couple hours last night with W and friends again. We went to dinner at Wicked Spoon at The Cosmopolitan. I tried to eat mostly sodium filled, high protein food (to help my OHSS) but I may or may not have had a few desserts! After that we went to see Penn and Teller at the Rio. Teller was nice enough to take a selfie of all of us with my phone. 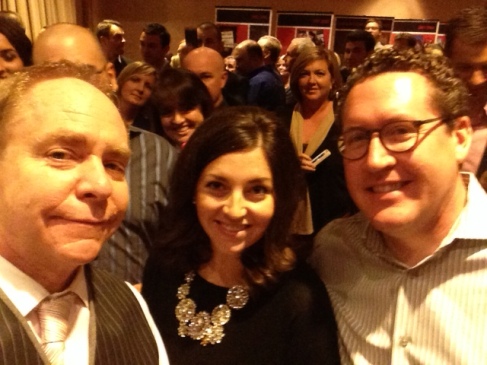 I got the update from the clinic about our embryos! Good news again! All 12 are STILL growing! Here’s the daily dirt on what’s to be expected..

“Within 72 hours of fertilization (day 3) it ideally should be 6-9 cells and by day 5 or 6 it should have reached the 100-cell+ stage with a fluid filled cavity inside (expanded blastocyst). Embryos that fail to reach 6-9 cells within 72 hours of fertilization are developing too slow or too fast and more often than not are aneuploid and “incompetent.” Also, cleaved embryos that contain significant cell fragments (fragmented embryos) are also more likely to be aneuploid.

Our research has demonstrated that failure of an embryo to reach the expanded blastocyst stage within 5 to 6 days of fertilization is almost always associated with aneuploidy. As stated such aneuploid embryos are thus “incompetent”.

On average, a 6-9 cell day-3 embryos transferred to the uterus would have about a 20-25% chance of propagating a live birth. If left in culture for 2-3 days longer, many (but not all) such aneuploid embryos will stop growing (arrest) and be culled out in the process. Those that make it to blastocysts are then more likely (35-40%) to develop into babies. Those that fail to survive to the blastocyst stage are “incompetent” and even if they had been transferred to the uterus earlier on, would almost always have failed to implant.”

Here’s the break down of what we have on Day 3 (all with minimal fragmentation):

The clinic nurse said in a normal cycle, 50% of these embryos won’t make it to blastocyst stage (the stage where they would transfer). She said to not be alarmed if the numbers start dropping. I’m thankful to still have 12 so hopefully our end number will allow for freezing some. The tentative plan is to transfer on Tuesday if my OHSS is deemed well enough to the RE. We will (God willing) transfer 2 embryos and freeze the rest for future use.