After a weekend of lots of contractions, I was admitted late Monday night for contractions about 10 minutes apart. I had some major thinning of the cervix but never progressed past 1cm. Over the course of the next couple of days I had 2 doses of betamethasone to speed up fetal lung maturity. The contractions became excruciating and I was in pain even between contractions. My OB decided to start me on mag sulfate and transfer me to their other facility that had a higher acuity NICU just in case. My temp was in the 97’s upon transfer, 99’s upon arrival at the other facility an quickly shot up to 102. The contractions were about every 2-4 minutes and the babies and I were becoming tachycardic. It was decided that I had chorio and they recommended a stat c-section as baby B had turned breech and I was so sick. I had an excellent team of doctors, nurses and anesthesiologists and everything happened very quickly and went very well. I’m feeling so much better!
Nora was born 9/17/14 at 1653 weighing 3lbs 7oz and 15.3″ long. Liam was born 9/17/14 weighing 3lbs 14oz and 16.5″ long. They are both in the NICU on antibiotics and CPAP and have both received surfactant. They are tolerating it well and weaning O2.
I’ll share a more detailed story and updates in the next couple of days. Just wanted you all to know! (Nora is top picture and Liam is bottom) 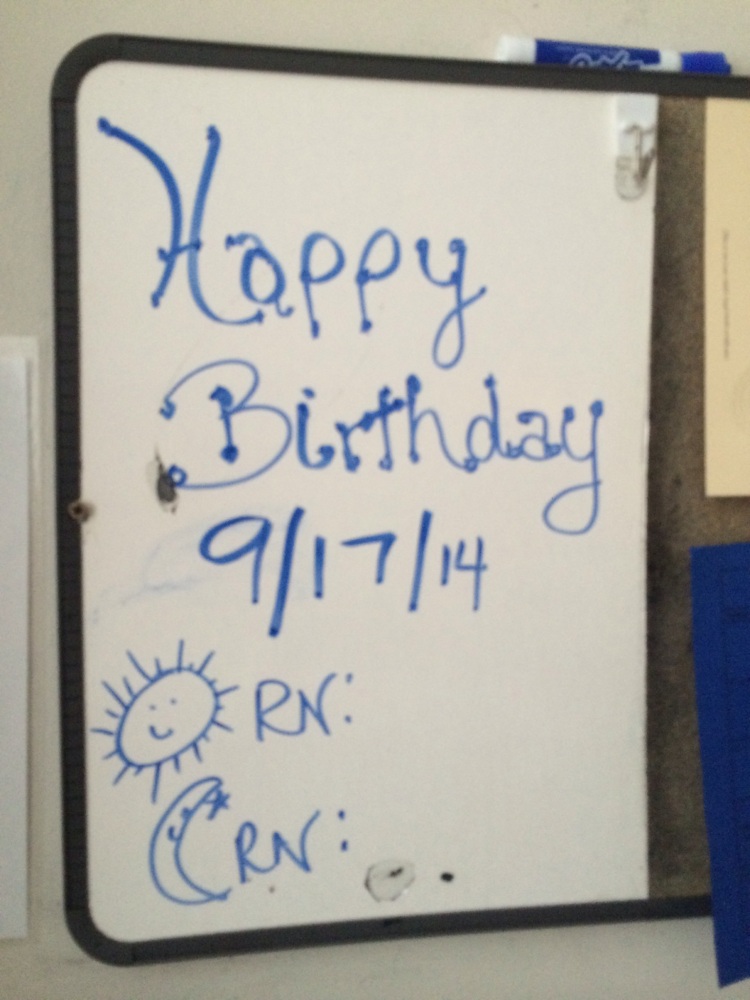 13 thoughts on “Introducing Nora and Liam!”